The ASEAN equity markets were mixed in October as Malaysia, Indonesia, and Thailand recorded gains while Singapore and Philippines posted monthly declines. Generally, global equity market performance in October was influenced by US presidential election uncertainty and crude oil price volatility. Regionally, investors in the Philippines remained skeptical of President Duterte's continued anti-West rhetoric and his seemingly pro-Chinese stand in his visit to China. Singapore saw GDP numbers coming in weaker than expected. Malaysia and Indonesia both recorded gains as investors cheered the announcement of their respective 2017 budgets. Lastly, Thailand rebounded with the removal of uncertainty regarding the transition of power after the passing of King Bhumibol.

China posted encouraging economic data in October. Its third quarter GDP grew 6.7%, in line with consensus estimates as the government ratchets up spending, and soaring property markets offset weak exports. The manufacturing PMI, an index that measures the performance of the manufacturing sector, came in above estimates at 51.2 in October, snapping two months of flat readings.

Elsewhere, the European Central Bank's October policy meeting was a lackluster affair and offered little guidance on what its next policy might be. In contrast, the eurozone manufacturing PMI data came in at a 33-month high, pointing towards continued recovery. US manufacturing activity remained healthy, but the focus is on the outcome of the presidential election. Notably, crude oil prices remain volatile amidst a supply glut and lack of clarity from OPEC.

Prime Minister Najib announced the 2017 Federal Budget on October 21 with a focus on private consumption and fiscal consolidation as well infrastructure spending. Malaysia's GDP in 2017 is forecasted to grow by 4-5%, while its fiscal deficit target is maintained at 3% of total GDP.

August exports and imports both gained by 1.5% and 4.9% year-over-year, respectively, leaving the trade balance at a surplus of US$2.1 billion compared with a surplus of US$0.5 billion a month earlier. Exports were aided by an increase in commodities and electronic products shipments. The FBM KLCI gained 1.39% to end October at 1672.46 points. Year-to-date, the index is up 1.43%.

The Indonesian parliament approved the 2017 budget, which aims to spend a total of IDR2,080 trillion against revenues of IDR1,750 trillion. Interestingly, a total of IDR387.3 trillion has been allocated for infrastructure development, up 22% from 2016. The infrastructure budget has been increasing rapidly since President Jokowi took over the helm in 2014, highlighting that he is keeping his pledge to improve the country's ailing infrastructure.

On the economic front, inflation remains benign at 3.3% as of October. Consequently, the central bank cut the 7-day repo rate by -0.25% to 4.75%. This is the sixth rate cut in 2016 as the government aims to spur growth in ASEAN's largest economy. Exports and imports declined by -0.6% and -2.3% year-over-year in September, but the trade surplus improved to US$1.22 billion primarily as a result of growing non-oil and gas trade.

During his recent visit to China, President Duterte tried to distance himself from the US by continuing with his anti-West and anti-US rhetoric. Ahead of his China visit, the West – led by the United States – was very critical of his policies with regards to the war against drugs and the potential for extrajudicial killings. By aligning with China, Duterte won greater than US$25 billion in business and industry loans, trade and tourism deals, and other concessions during his trip. The two countries also agreed to re-open bilateral negotiations on the South China Sea issue. Investors seemingly cheered Duterte's visit and the Philippines' shifting policy stance as the markets rallied, albeit briefly, during that period.

Separately, from a longer-term perspective, investors remain cautious about the Duterte government's introduction of reforms that would tax housing, auto, mining, and sugar industries in particular. Notably, the government continues to call for 7% to 8% GDP growth for the country, driven by infrastructure spending, increased tax collection, and improved ease of doing business.

Advance estimates from Singapore's Ministry of Trade and Industry in late October showed the economy coming to a halt in the third quarter, expanding a meagre 0.6% year-over-year and contracting -4.1% over the previous quarter. The quarter-over-quarter contraction was the biggest slump in four years. The government continues to expect only 1% to 2% growth in the second half of 2016. Most economists have also reduced their forecasts in line with the government's.

On October 13, Thailand's King Bhumibol Adulyadej passed away at the age of 88. Bhumibol, who ruled Thailand for over 70 years, was venerated as a symbol of stability in Thailand, a country that has seen some 20 coups in the past century. Thai markets fell sharply leading up to his death as investors felt his departure left a hole in the Thai political landscape filled with uncertainties over the country's future. Investors believe that Crown Prince Vajiralongkorn does not enjoy the same love and respect from the public that his father commanded. He stands next in line to take over the throne and will be sworn in on December 1.

We continue to be cautious on the ASEAN region in the near to mid-term, as tepid exports, volatile currencies, Brexit, China slowdown, and future Fed rate hikes may continue to impact the economies of the region. We will continue to look for exciting catalysts and take appropriate long-term positions. Within the region, we favor Indonesia and Philippines over Malaysia, Singapore, and Thailand. 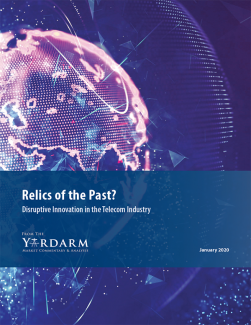