Global markets remain generally healthy with the major central banks, including the US Federal Reserve and the European Central Bank, now focusing on monetary tightening and offloading inflated balance sheets. Notably, the S&P 500 Index rose 4.48% during the third quarter and is up 14.24% year-to-date. The FTSE All World Index performed even better, gaining 5.29% for the quarter and 17.66% year-to-date. Lastly, the Dow Jones ASEAN Islamic Index rose 1.87% (in ringgit terms) in the quarter and 8.96% year-to-date.

Amidst uncertain times and stretched valuations, it is imperative for investors to focus — as we have done — on fundamentals and invest in companies with solid balance sheets, growing revenues and cash flow, and stellar management teams. We have also preserved roughly 12% in cash to add to our preferred holdings at more attractive valuations.

The FTSE Bursa Malaysia KLCI gained 0.36% during the third quarter of 2017. Year-todate, the index rose 9.53%. The generally weak Malaysian economy, ringgit, and oil prices, along with certain corruption scandals, were likely on investors' minds.

According to the Department of Statistics Malaysia, the Malaysian economy expanded 5.8% in the second quarter of 2017, compared with 5.6% in the first quarter and 4.0% a year ago, driven by strength in retail services as well as electronics and oil-related manufacturing. Private consumption grew 7.1% compared with just 3.3% growth for government consumption. Forecasts had called for 4.8% growth for the Malaysian economy in 2017, but will likely be upgraded on strong secondquarter and first-half performance.

In the near term, the upcoming elections (a date has yet to be announced) could prove a major catalyst for the stock market, driven by election spending and favorable policies.

In September, Bank Indonesia further lowered its key policy rate to 4.25%. In recent quarters, consumption in Indonesia remained soft, which likely influenced the central bank's decision. Inflation in Indonesia is currently below 4%, lower than historical levels.

Indonesia's GDP grew more slowly than expected at around 5.0% in the second quarter on weak private consumption, which makes up roughly 50% of GDP. Bank Indonesia expects GDP to grow 5.1%-5.2% in the third quarter. On a positive note, the Indonesian rupiah remains stable, and commodity prices have bounced off their depressed levels.

Going forward, the degree of any consumption rebound and the government's effectiveness in implementing infrastructure, foreign direct investments, and other fiscal reforms will depend upon whether the Indonesian economy can pick up pace.

In the second quarter, the Philippines' GDP expanded 6.5%, compared with 7.0% growth a year ago. As in Indonesia, consumption was relatively weak, but government spending picked up, driven by the Duterte government's emphasis on infrastructure projects. Exports also improved in the second quarter. The government projects 2017 GDP will grow between 6.5% and 7.5% as the administration rolls out plans to spend PHP8.0 trillion by 2022 on infrastructure projects. Separately, remittances from overseas Filipinos and the business process outsourcing sector both remain strong.

According to Singapore's Ministry of Trade and Industry (MTI), their economy grew 2.9% in the second quarter, with the manufacturing sector expanding at 8.1%, driven by electronics exports that grew on strong global semiconductor demand. By contrast, the construction sector contracted -5.7% on weaker sentiment. The MTI also narrowed its 2017 GDP growth forecast to a range of 2.0%-3.0% from 1.0%-3.0%.

We are cautiously optimistic on the ASEAN region in the near to mid-term, as improved exports and stable currencies offset future Fed rate hikes or other adverse events. We believe that economic conditions have improved slightly and we see potential favorable returns in the region. As such, we will continue to look for exciting catalysts and take appropriate long-term positions. Within the region, we favor Malaysia, Singapore, and Thailand over Indonesia and the Philippines. 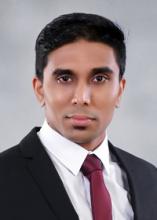