Evaluating Islamic Standards: Islamic Investing and its Evolution from Niche to Mainstream

File
Evaluating Islamic Standards: Islamic Investing and its Evolution from Niche to Mainstream

Over the last four decades, mutual funds have proven to be an effective investment solution for Muslim investors: not only do mutual funds foster partnership in shared risk and reward (musharaka), but they also provide an ideal vehicle to diversify assets while avoiding haram industries. Though the $2.1 trillion invested according to Islamic principles globally represents a niche when compared to the total amount invested in global financial markets, it nonetheless affirms that products allowing investors to invest according to their values are a relevant component to the modern financial services industry. In this piece, we discuss the evolution of Islamic screening and step through various methodologies present in the market. 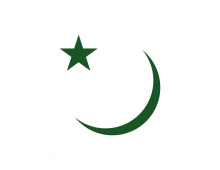 While the Quran encourages trade and investment – and provides guidance for how Muslims should approach these activities – formalized financial processes did not begin to develop until the mid-20th Century.  As the modern Western financial system grew, banks operating according to Islamic principles popped up as a way to avoid riba (interest), gharar (speculation), and investments in industries engaging in haram activities.  And though Islamic banking was first attempted in Pakistan in the 1950s, it was the success of the Mit Ghamr Savings Bank in Egypt, established in 1963, that paved the way for Islamic finance’s continued growth.1 Additional products and services spread steadily and globally, and “by 2009, there were over 300 banks and 250 mutual funds around the world complying with Islamic principles.”2 The first Islamic index, introduced by Dow Jones in 1997, introduced Islamic investing to a much wider audience; today, there are now a handful of Islamic indices including those offered by Standard & Poor's, FTSE, and MSCI.

Along with financial products and indices, best practices and regulatory bodies have cropped up to serve this growing industry.  When the first Sharia-compliant mutual fund was launched in Malaysia in 1979, the guidelines for Sharia investing were far from standardized.  When the second Sharia-compliant fund was launched in the US in 1986, there was still an absence of formal guidelines for investing practices. Then in 1990, several Islamic financial institutions from across the globe gathered to develop and issue industry standards.  It was from these meetings that the Accounting and Auditing Organization for Islamic Financial Institutions (AAOIFI) was born; AAOIFI currently has members from more than 45 nations working among several areas of finance.3

By 1991, the year that AAOIFI was formally established, the organization was already somewhat late to the game; investment vehicles across the globe had been operating successfully under a variety of guidelines for years.  Malaysia had emerged as a hub of Islamic finance and one difficulty practitioners faced was finding securities that met Islamic requirements (both in terms of screening for haram activities and finding companies with low levels of both cash and debt).  This led the Securities Commission Malaysia to initially set the bar quite low for Islamic standards.  Many of the financial institutions offering Islamic products had created their own boards – some more conservative than others – and were engaging in meaningful conversations about how best to invest according to Islamic principles using the Quran and Sunnah. In 2013, Securities Commission Malaysia revised their Islamic guidelines to be more rigorous, illustrating the iterative process required for maintaining such standards.  Despite the work it has done to reinforce Islamic finance worldwide, AAOIFI is one of many standards organizations and does not have a leading edge on any standards, or the most righteous answers.

The oldest Islamically acceptable mutual fund in the United States launched in 1986. The Fund's investment adviser, Saturna Capital, developed Islamic screening guidelines over years, building upon its expertise in the area with each iteration.

Because interpretation of Islamic law as applied to business activities is nuanced, and halal investment guidelines can vary, it is best for financial institutions to rely on guidance from Islamic scholars to help determine whether an investment is halal.  That being said, there are some basic standards:

One goal of a Sharia-compliant portfolio is to have as little conventional debt as possible: the less conventional debt carried by the issuer, the better.  Islamic financiers originally looked for issuers with zero debt, but that limited the universe of investment options too severely. Criteria had to develop over time and a 33% debt to total assets or total market capitalization ratio opened up the greatest opportunities for investment, while still limiting potential downsides.

The stipulation for 33% or less debt within a portfolio was inspired by a conversation that the Prophet Muhammad had with Sa’ad ibn Abi Waqqas. When Sa’ad asked the Prophet whether he could give 33% of his inheritance away in charity, the Prophet stated, “Yes, but less is better” (paraphrased from Sahih Bukhari: 80:725). As for the denominator – total assets versus market capitalization – opinions on how to best value a company have differed over time.  Some analysts prefer using total assets and others prefer using market capitalization; the difference comes down to whether a company should be evaluated based on the value of its goods or based on the value another person is willing to pay. Most Sharia scholars have now agreed that a company’s value should be based on market capitalization.  While the conversation between Sa'ad and the Prophet is seemingly not directly related to debt, it is common practice in Islamic law to find similarities in anecdotes like this that can be applied in situations not directly addressed in the text.

This commonly accepted rule stipulates that any revenues a company receives from haram sources (selling alcoholic products, for example) must be limited to five percent or less of their total revenue.  The threshold was established in the belief that any percentage of business activities above 5% changes the character of the company.  When first determining this rule, scholars referred to the “smell test” that is used when making ablution.

If a Muslim encounters a pond during a walk through the forest, he or she must determine whether it is pure enough for ablution.  If the water has no detectable smell and no abnormal coloration or taste, it is enough to assume the pond is suitable. Although it is a somewhat arbitrary number, scholars settled on 5% of haram revenues as the way a company could also pass a “smell test.”

It is important to note that though 5% of revenue from haram sources is a commonly accepted limit, generally the intention of Sharia-compliant investment managers is to avoid haram revenues altogether.

IT IS NOT THE ONLY

VOICE IN THE FIELD

These three rules have gone through many decades of evaluation and re-evaluation and illustrate how standards are recursive: they can evolve over time while maintaining allegiance to God’s intentions.  The Dow Jones Index originally proposed that a company’s debt be measured as a ratio to its assets, but this led to an investible universe that was too small; eventually they settled on the convention of comparing debt to market cap. Some criteria use cash and marketable securities as a percentage of market capitalization instead of the accounts receivable mentioned above. However, the intent is still the same.  Standards are dynamic and cannot be static; the complexity of financial markets must be discussed and explored in practice, rather than set in stone.

Though AAOIFI has helped to ground and formalize the tenets of Islamic finance, it is not the only voice in the field.  No one standard can claim to be the most authentic; Islam, after all, encourages difference in opinion. Muslims are taught that when scholars give an opinion, within the right answer there are two rewards – for attempting the answer and getting it right – and within a wrong answer, there is still one reward: the struggle to answer is a reward in itself. It’s time to move beyond the arguments concerning definitions and focus more on the investment vetting process. The critical issues for investors to evaluate when it comes to securities are whether an asset manager is using scholar-approved criteria, and whether there is an audit process; all other standards should be determined by the unique needs of the individual investor.

At Saturna Capital, we collaborated with the Fiqh Council of North America (FCNA) to develop and refine our investment screening guidelines, and our current Sharia Advisor is Amanie Advisors.  As one of the first Sharia-compliant asset managers in the US, we take great care to honor the principles of Islam within the context of modern finance.  Across the US, many Imams, Masjids, and faith-based non-profits – as well as many other non-Muslim but values-aligned individuals and organizations – have chosen to invest with the Amana funds.  Providing customers with quality products that allow them to invest according to their values is a driving force at Saturna Capital, allowing us to operate according to our own values.

These screening guidelines help ensure that investments meet the requirements of the Islamic faith and were established by Saturna Capital in collaboration with the Fiqh Council of North America (FCNA), a non-profit organization serving the Muslim community. To ensure that investments continue to meet the requirements of the Islamic faith, Saturna Capital engages Amanie Advisors Sdn Bhd, a leading consultant specializing in Islamic finance.

Here are some handy definitions of terms we use throughout this document.

Halal: Arabic term used to reference anything that is permitted according to Sharia, or Islamic law.

Haram: Arabic term used to reference anything that is unacceptable or forbidden according to Sharia, or Islamic law.

Maslahah: Arabic term used to reference anything that is prohibited or permitted in the public interest or out of necessity. Generally, maslahah is invoked only in situations not covered in the Quran or Sunnah.

Musharaka: Arabic term used to reference a joint enterprise or partnership, especially in the context of shared risk.

Total Assets: The total amount of assets, including real estate, cash, securities, and any other items of economic value, owned by a person or entity.

Total Debt: The total amount of liabilities or financial obligations a company or entity owes.

'Umum Balwa or 'Umum al-Balwa: Arabic term used to reference an unfavorable and widespread situation affecting most people which is difficult to avoid

'Uruf or 'Urf: Arabic word meaning customs; common practices or behaviors of a group of people.

This material is for general information only and is not a research report or commentary on any investment products offered by Saturna Capital.  This material should not be construed as an offer to sell or the solicitation of an offer to buy any security in any jurisdiction where such an offer or solicitation would be illegal.  To the extent that it includes references to securities, those references do not constitute a recommendation to buy, sell or hold such security, and the information may not be current. Accounts managed by Saturna Capital may or may not hold the securities discussed in this material.

We do not provide tax, accounting, or legal advice to our clients, and all investors are advised to consult with their tax, accounting, or legal advisers regarding any potential investment. Investors should not assume that investments in the securities and/or sectors described were or will be profitable. This document is prepared based on information Saturna Capital deems reliable; however, Saturna Capital does not warrant the accuracy or completeness of the information. Investors should consult with a financial adviser prior to making an investment decision. The views and information discussed in this commentary are at a specific point in time, are subject to change, and may not reflect the views of the firm as a whole.

All material presented in this publication, unless specifically indicated otherwise, is under copyright to Saturna. No part of this publication  may be altered in any way, copied, or distributed without the prior express written permission of Saturna. 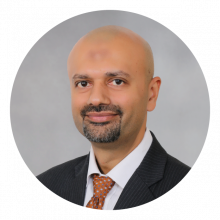 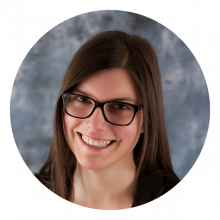